|  Click to View Your Cart  |  Login/Register
You are here: Home / 2. Cargo Control / The Manipulation of Working Load Limit Ratings

For years we have taken the high road and not responded in kind to ridiculous Working Load Limit (WLL) claims made in our industry. For years, we have assumed you would see through these silly 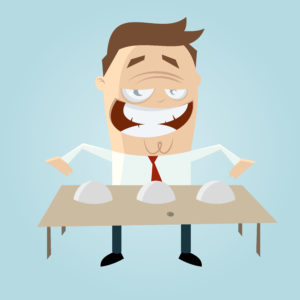 claims; silly claims meant to lead safety and fleet professionals to choose light-duty, consumer quality, imported polypropylene nets for the safety and protection of their people, the public, and their brand.

We had viewed these claims simply as those of a blustery child. Playground claims of how one’s father is a “Fireman”, and can beat your dad up.

We were looking through a different lens. And as narrow fabrics experts, we own some culpability for not beating the drum on this loudly and constantly. The comedy of a company making polypropylene nets, equipping them with light-duty hardware, and then claiming the highest rating in the industry seemed obvious and apparent.

We were deadly wrong


But we get it! The rating is right there on the net; surely no one would fudge on a safety device, right? Have you ever bought a can of soda marked 80 calories only to discover there are 2 serving sizes? It’s a similar game, but this one puts your reputation on the line.

As your safety and our integrity are paramount, we have previously refrained from pushing a direct WLL comparison using other’s questionable test methods. But it’s time the cards are laid on the table.

The Original Bednet® carries a WLL rating of 450 lbs.; using a specific competitor’s rating method, this same restraint would carry a WLL of over 3700 lbs.!

Here are the facts about our industry:

It is reckless and ridiculous, and nothing more.

Bednet® Cargo Control Solutions has refused to play the working load limit rating manipulation game which puts your people at risk. We have paid and continue to pay a price for maintaining our code of ethics. It would be so much easier to play ball, to keep rolling, and enjoy our super high WLL.

But where would that leave you?

This post was originally published on Nov. 10, 2015, and has since been updated.